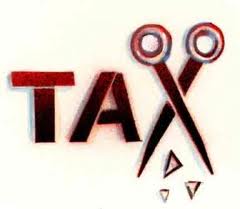 Thanks again to Matt Wilson of Employee Financial Boot Camp for compiling and analyzing these IRS stats and helping us to demystify who really pays taxes in the USA!

Every quarter, the Statistics of Income Division of the Internal Revenue Service (IRS) publishes financial statistics obtained from tax and information returns that have been filed with the federal government. Recent reports reflect data gleaned from 2009 individual federal income tax returns. These reports offer a snapshot of how Americans break down as taxpayers.

Half of all the individual income tax returns filed showed adjusted gross income of under $32,396. (Adjusted gross income, or AGI, is basically total income less certain adjustments–e.g., deductible contributions to a traditional IRA.) As a whole, this bottom-50% group accounted for just 13.5% of the total AGI reported on all federal income tax returns. Put another way, 86.5% of AGI was concentrated in the top 50% of returns filed.

A look at the top

What did it take in AGI to make the top 5% of all individual filers? Probably not as much as you think. If your return showed AGI of $154,643 or more, you would have been one of the almost 6.9 million filers comprising the top 5%. This group reported about $2.5 trillion in AGI–31.7% of the total AGI reported–and was responsible for 58.7% of the total income tax for the year.

There were just under 138,000 tax returns with AGI exceeding $1.4 million. These returns, making up the top 0.1% of all filers (that’s the top one-tenth of one percent), accounted for approximately $610 billion in AGI (about 7.8% of all AGI), and paid just over 17% of the total income tax.

Not all high-income returns showed tax

There were just over 3.9 million returns filed with AGI of $200,000 or more. Of these returns, 20,752 (0.529%) showed no U.S. income tax liability. Why did these returns show no income tax? The IRS report that provided the data noted that high-income returns generally show no income tax as a result of a combination of factors, including deductions for charitable contributions, deductions for medical and dental expenses, and partnership and S corporation net losses.

Click here for the entire article by Matt Wilson!