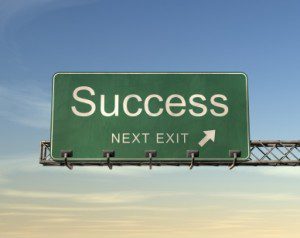 Thanks to today’s tough economy, more and more people are people are using their hobbies and other enjoyable pursuits to generate badly needed income. Unfortunately, few hobbyists may be aware this income is taxable.

Under federal income tax laws, any income, regardless of the source, is taxable. The money earned from a table built in a garage workshop or a painting produced by a part-time artist, even a cash prize from a dog show, can be considered income by the Internal Revenue Service and count when computing one’s annual tax bill.

However, under U.S. tax rules, income from these types of activities can be offset or reduced by related expenses, but only to the extent of the income from that activity. Thus, a plane owner who receives money for giving flight lessons can deduct many of the expenses connected with operating the plane, but only up to the amount of money received for those flight lessons.

If a hobby activity is operated as a business, though, those same tax laws permit even more write-offs and expense deductions to the point where they can be used to offset wages, savings and investment income, and the tax bill on that income. And, fortunately, there is more than one way to qualify and label an activity as a business for tax purposes.

The general rule is that an activity is presumed not to be just a hobby if profits (more income that expenses) result in any three of five consecutive tax years ending with the tax year in question. Without profitable years, anyone can claim a hobby activity is a business by demonstrating the intent to show a profit. For example, an artist or craftsperson might be working toward realizing profits when he or she has produced sufficient work for a show or catalog.

Proving that a hobby or activity is operated in a businesslike manner with the intent of making a profit is the key. In fact, the tax laws now contain guidelines established by the courts to help prove the existence of a profit motive (see below “The business ‘profit’ test”) .

One of the things the IRS looks for is a taxpayer’s involvement with the money-losing hobby or activity. The tax rules limit the deduction allowed for losses that result from so-called “passive activities”, activities in which the taxpayer does not materially participate.

For example, a parent may be a partner in the pottery studio operated part-time by his or her children, but unless more than funding or general guidance is involved, the IRS will usually label the parent’s involvement as “passive”.

It’s always helpful to keep good records; Receipts, income, amount of time involved, efforts to solicit advice and notes about operating the activity can all play a role in establishing the all important profit motive.

Play your cards right and Uncle Sam, in the form of tax laws, will often allow the losses from extracurricular hobbies or activities to be used to reduce tax bills generated by income from self-employment, wages, business income, savings and/or investments.

In order for a hobby to be treated as a business for income tax purposes, a profit motive must be present and some type of economic activity must be conducted. According to lawmakers, among the factors that would ordinarily be taken into account are:

Any elements of personal pleasure or recreation must also be considered. Remember, however, when it comes to determining whether an activity is engaged in for profit, everyone, including the IRS, must consider all of the facts and circumstances. No one factor, including the fact that the hobby or activity may be enjoyable, can be used in making this determination.

Is your hobby or activity actually a taxable business? The IRS’s views can be found at www.irs.gov , search “IRC 183.”