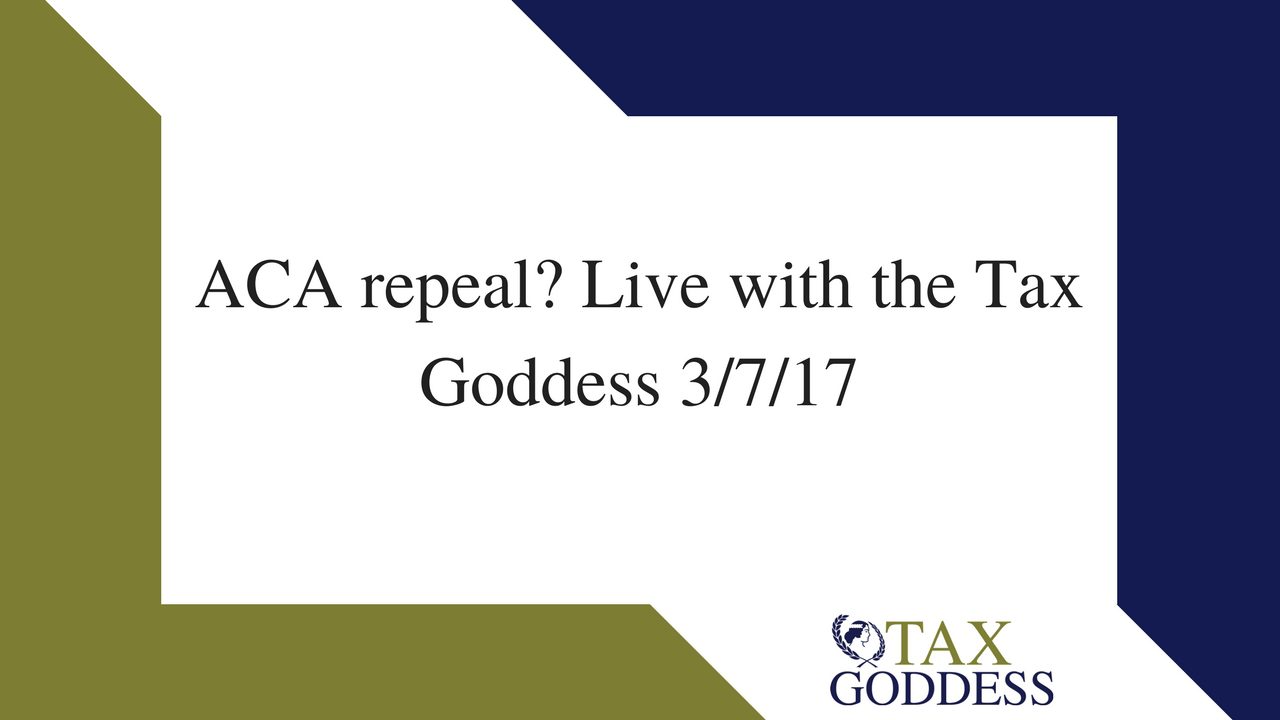 Hey everyone! I am so excited to be bringing you this news.  I have been wrapped up in what’s going on today with the ACA, which is the Affordable Care Act. The house republicans have just unveiled an ACA repeal. We’re talking about flat out repealing … The ACA is more commonly known as “Obama Care.” We’re finally into the point of talking about repeal. It’s good and bad for lots of different reasons. Obviously as soon as I know something you guys will know something. Right now, it’s scheduled for mark up later this week with the house. Anyway, if you guys have any questions on the ACA definitely reach out to me, reach out to our team. We have two excellent health insurance specialists if you’re having issues in that area. I know this whole thing has gotten a little bit crazy, so hopefully we’ll have some real information coming up here quickly.

On to today’s actual topic, which is about refunds. I think maybe I mentioned on Facebook the other day that if you haven’t yet filed for 2013 make sure that you get your 2013 tax return filed as soon as possible. If you’re getting refunds and you wait until after April 15th of this year to file for 2013 you will not get those refunds back. The government is allowed to keep any refund money. If you have refunds make sure that you are filing before April 15th of this year for your 2013 tax returns.

Now, the very last thing that I wanted to talk about, I guess we’ve got three main issues here. We kind of talked about it a little bit earlier where the IRS offices here in Phoenix have shut down their walk in options. Before you could just walk into an IRS office, ask questions, speak to an agent. Now, you have to have an appointment to even show up. You can’t even walk in.

The former treasury official has said in public that he’s super concerned about the IRS budget cuts. Now, this can be good and bad depending on which end of the spectrum you’re on. Typically, when there’s IRS budget cuts what that means is that there’s going to be fewer auditors, fewer agents, but if you’re trying to get something done fewer agents can actually be very detrimental to you.

As usual if you need help in any of these areas, Tax Goddess can help with any kind of IRS questions, consulting type questions, that kind of thing. Of course, trying to keep you guys abreast of the newest news as it comes out. I will definitely let you guys know if there’s anything else coming up about the ACA repeal, any additional information or what it’s going to be replaced with as soon as I know. Thanks so much guys.